To cope up with the erratic electricity supply in remote areas of sprawling Raipur revenue division, some of the rural post offices are opting to Solar Panels for uninterrupted power supply to improve their customer services. Though the process is at the initial phase.
“We have received budget for some of our village based post offices and aim to begin the functioning of such post offices with solar lights as well by this year. The decision was taken in the previous financial year,” said HN Sharma, the Assistant Superintendent of Post Offices (Tour) Raipur Division.
The Postal Department is yet to pick up a permanent agency or company for the supply of these solar panels. “We cannot claim the availability of this renewable source in all the 542 rural post offices under our division in future. It depends on the budget allotted by the centre in coming up months ” added the Assistant Superintendent.
Besides, providing additional light facilities to the village post offices, the Postal Department is also looking ahead of commencing Core Banking Solution (CBS) in the rural post offices with better internet and computer connectivity.
“Like solar panels, the CBS in rural post offices will be carried out in phases. Probably, by this year, we would be in a position to begin CBS in rural areas,” said Sharma.
Following the CBS functioning in large number of urban as well as rural post offices, India Post may install ATM for the convenience of its customers in future, informed sources.
Notably, the post offices of Raipur, Gariaband, Mahasamund, Dhamtari and Balodabazaar-Bhatapara districts are covered under the Office of the Superintendent RMS, RP Division, Raipur.
Source : http://www.dailypioneer.com 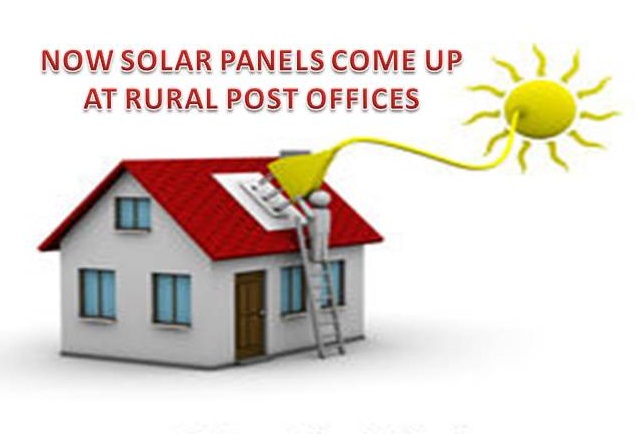 Posted by All India Postal Employees Union GDS - (NFPE) at 11:21